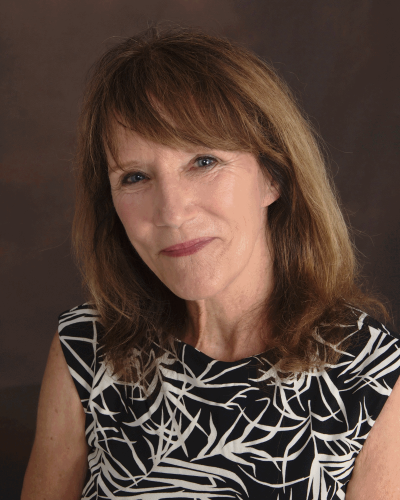 I am an artist who has enjoyed exploring the Arts through a wide range of mediums.  My parents discouraged my getting involved in the arts as the job possibilities were limited.  As a result, I majored in Political Science.  On the side I took courses in painting and drawing.

It was in the late ‘60s that I began an honest exploration of the arts.  In Nepal, I lived with a Tibetan family near Jawalakhel, the Tibetan refugee camp.  I was fortunate to have to have a Tibetan friend teach me weaving on a traditional standing loom.  While I did enjoy making rugs, I began to explore weaving from a different point of view.  I had always been frustrated with the museum and art galleries’ DON’T TOUCH THE ART WORK dictums.  While I do understand this, I was determined to create art that could embrace the viewer and thus I began creating what I called “Interactional Environmental Art”.  Basically, Art that you could enter and be a part of.  To do this I began weaving houses that were approximately 15’ x 7’ x 7’.  To encourage people to enter these environments, I would hang my etchings on the walls and place items like a treasure chest with treasures that I created on the floor of the environment.

I created a number of these environments and while they were clearly meant for the audience to go inside .(the houses had doors windows etc), mostly they would view the structures from the outside.

While weaving, I also began exploring printmaking both in the USA and later in Mexico.  I had fairly good luck with my printmaking and had good gallery representation.  The sales from my printmaking did help me buy supplies for my weaving.  I lived in Mexico for nearly seven years.  When I returned to the USA, I continued to do my weaving and printmaking but had to teach to earn a fairly good living and at the time I was a single mom.  I decided to study other work possibilities.  At the time cable was just being introduced to the area I was living and to encourage people to choose their cable network, Tribune United offered people free courses in video production with a view to air their programs on TV.  I thus began producing programs on the arts, featuring the work of local artists.

In 1984, I won the prestigious Chromacryl Arts Award.  The award brought me to Australia where I began creating videos on artists there.  I ultimately migrated to Australia.

I began working for the Northern Territory Local Government.  My job was to create videos for and with the Aboriginal communities explaining community government.  This took me out bush to a number of communities.  I was impressed by the art work of aborigines; in particular the paintings being done in Papunya, the aboriginal community outside of Alice Springs.  I began doing a series of paintings reflective of this style.

I later worked for Family Planning and worked on a number of projects with Aboriginal communities putting together health brochures and posters as well as some significant videos on HIV.

I was also employed as a lecturer at the Northern Territory University teaching video production.  During that time, I produced a series of videos on migrant issues.  I also produced a documentary on the Australian artist, STELARC.  This documentary was marketed by the Australian Film Commission.

In the late ‘90s, I began working with QANTM, a multimedia company.  My job was to work on the video side of new media.  I was also to engage artists from the community in New Media Projects and in 1999 I was part of the initiative to bring New Media artists to Darwin.  The project was called NxT and was funded by the Australia Council, the Australian Film Commission and the Northern Territory Arts Council.  It was quite a success.

In 2000, I had my first children’s book published (Greene Bark Press).  It is titled, Camille’s Fakes.  I wrote and illustrated the book.  The book was to act as an introduction to the arts for children.

That year, I returned to the United States and began working with public access  TV.  I started my own show called “15 MINUTES”.  It featured Tucson artists and their work.  A year later, I was offered a job as a news editor at KVOA channel 4 (the NBC affiliate).

I am currently finishing a book that I wrote on a Northern Territory eccentric by the name of Buffalo Johnny. It is being published by the Northern Territory Historical Society. This Belgian migrant, artist and holocaust survivor, created the first zoo in the outback of Australia using bombs’ missiles and artillery left by the army near Batchelor after WWII.  All of the zoo animals were caught by hand and put in hand made cages.  But there is a more sinister tale revealed in this book following the creation of this unusual zoological park.

I am also continuing to write and to illustrate a continuation of my series of children’s book on the arts and cultures of the world.  These can be found on Amazon.

Again, I am an artist who likes to explore the arts through many mediums.  For many years I have wanted to understand the virtual world and to use that for a new artistic platform.  I am in awe of some of the incredible work being done by video game artists.  That will be my next area to explore.